On the 6th July 07 at the Hotel Portman SAS Radisson London, the NRI (non-resident Indians) Institute launched the first edition of the NRI ACHIEVER magazine.

This publication celebrates the spectacular successes achieved by Indians internationally, in their chosen professions.

This first edition was unveiled by Lord Swraj Paul, a successful entrepreneur in the UK who is recognised as one of the greatest Indian achievers.

As part of the launch, 10 NRIs were honoured with the NRI Pinnacle Award in different categories for their single minded dedication and hard work in pursuit of their goals.

One of the 10 winners was Kavita Oberoi who received the Business Empress Honour for the launch and continued success of Oberoi Consulting.

This adds to a number of accolades previously received by both Kavita and Oberoi Consulting.

Kavita, as Managing Director of Oberoi Consulting, sets tremendously high standards for her organisation which has resulted in a rapidly growing client base and service portfolio. 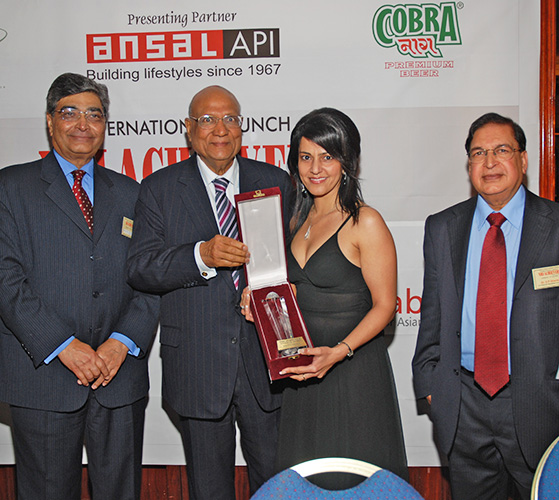