The Community Champions Awards 2009 winners, selected by BBC Radio Derby and the Derby Telegraph from scores of nominations, were joined by celebrities to help make it an evening to remember. Derby businesswoman and reality television star Kavita Oberoi and Coronation Street actress Kathryn Hunt were among the famous faces handing out the 14 awards. 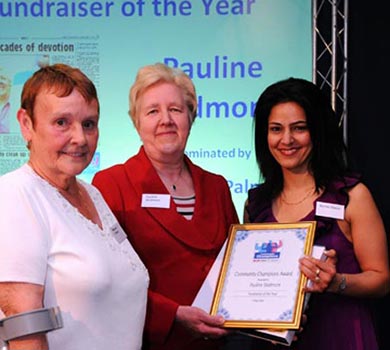